Especially for Long-stay Travelers and Long-term Residents in Kansai
Please be sure to check the latest information including transportation you need for yourself.

There are two railroads between Osaka City and Wakayama City. They are JR Line and Nankai Line.

Both lines are connected with Kansai International Airport (KIX). 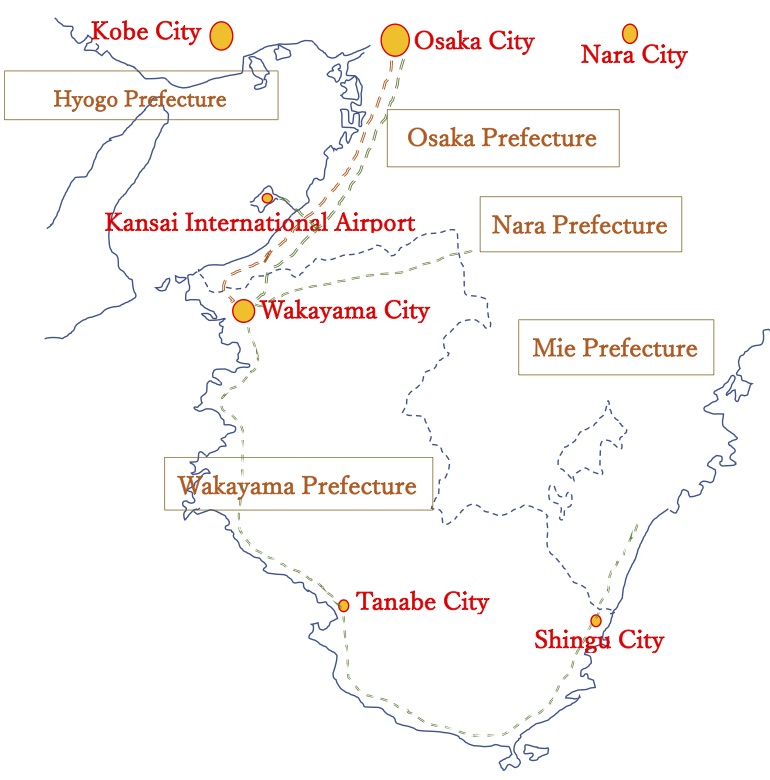 Domestic Shares in Japan, concerning Wakayama Pre. (my summary based on a report published in 2020)